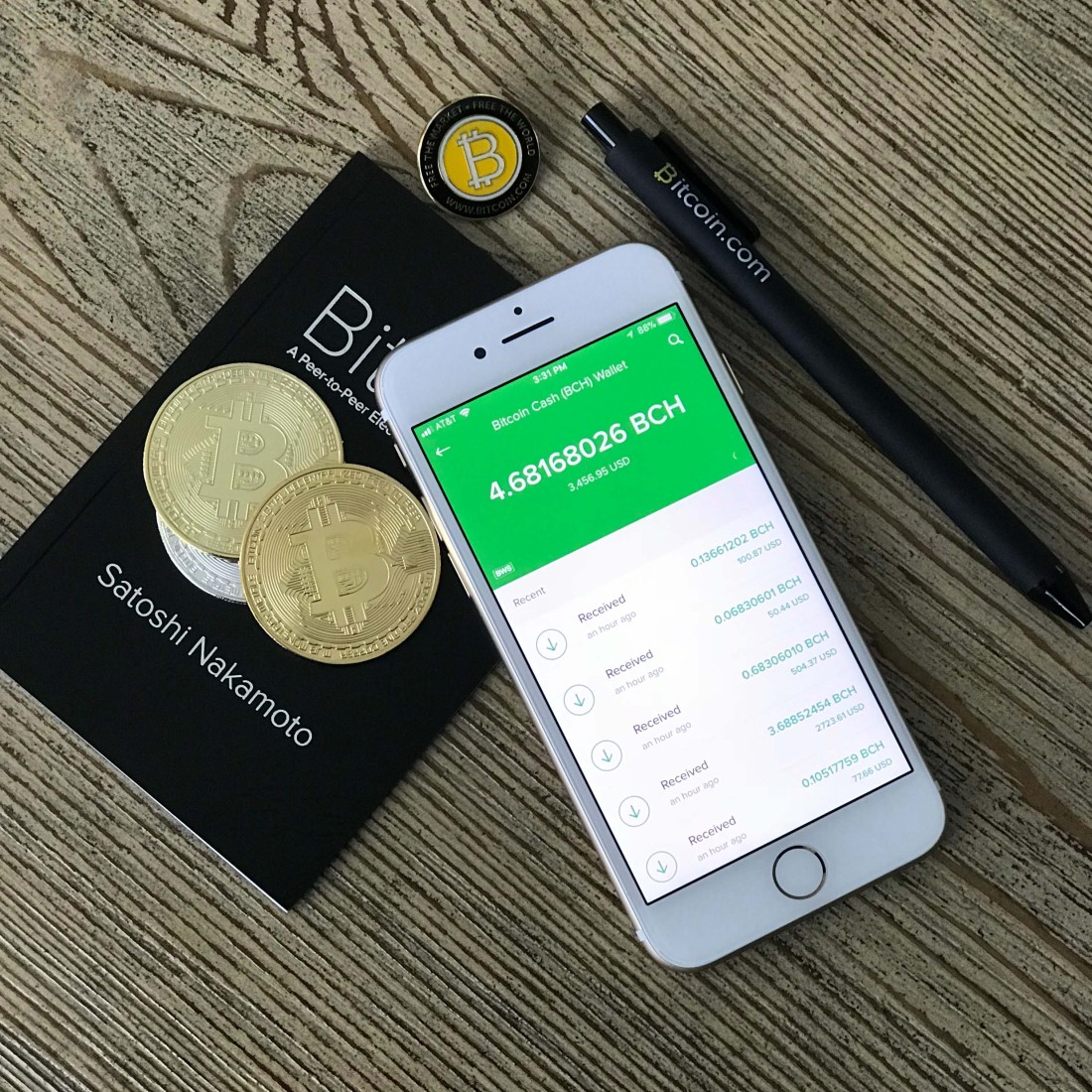 In part one (which you can read here) I discussed some of the background to the development of Bitcoin and Craig Wright’s claims to be Satoshi Nakamoto. I will now focus on the claims of the Kleiman estate against Wright. The claim against Wright has been amended twice, some of the reasons for which I will cover later in this article.

Much of the evidence used by the Kleiman estate is based on emails from Wright, as well as material that Wright’s team has submitted, or that Wright has relied on previously (either directly or indirectly). This has led to some interesting exchanges in the case, with each side making requests, known as a motion in limine under U.S. law, that certain evidence is inadmissible and should not be referred to at the upcoming trial.

The use of data that Wright has previously relied on, for example against the Australian Taxation Office, in support of the creation of the various “Tulip Trusts” (which I will cover in part three), or that he has relied on indirectly to support his claims to be Satoshi, is potentially one of the most interesting features of the case. In this article I hope to demonstrate why.

As I covered in part one, unfortunately Dave Kleiman passed away in April 2013. Almost a year after Kleiman’s death, his father was contacted by Wright (from the court documents this appears to be on 11 April 2014). This was apparently the first time that the family learnt of Kleiman’s supposed friendship with Wright and his involvement in Bitcoin.

Wright told Kleiman’s father “Your son Dave and I are two of the three people behind Bitcoin”. Wright continued to advise “If you have any of Dave’s computer systems you need to save a file named “wallet.dat”” and “When I can, I will let you know much more of Dave. I will also help you recover what Dave owned” (See the discussion in the filed document here).

Due to his father’s advanced age, Ira Kleiman, Dave’s brother, took over the correspondence with Wright, and pursued the subsequent litigation.

According to documents filed by the Kleiman legal team, Wright provided details about his and Kleiman’s apparent work on Bitcoin and that they were partners in a business called W&K Info Defence Research (“W&K”). Wright and Ira Kleiman corresponded extensively regarding Dave’s ownership of the company and how much this may be worth.

“The software Dave updated and which I have transferred back in OUR company, and it is OURs as you are Dave’s heir”.

And in a separate email exchange the same day (Page 8 of the same document):

“What [the] company owns right now is:

W&K was originally set up by Kleiman in Florida in 2011 and he was the only name listed as a registered agent of the company. (See the company details here)

The complaint also explains that:

“On April 15, 2014, an auditor from the Australian Taxation Office (ATO), reached out to Ira to inquire about his knowledge concerning the legal action Craig took against W&K”.

It is likely that this is when the Kleimans first received the 2013 sales contract mentioned above. It is understood that at this point, Wright had mentioned W&K to the Kleimans, but not the actions he had taken action against the company.

The Kleiman claim explains that, in July and August 2013 (after Dave’s death but prior to contacting the Kleimans in April 2014) two claims were filed in Australia, in the New South Wales Supreme Court, by Wright against W&K.

In both these cases Wright claimed that he had contracts which stated that if the company acted in breach of the contract and did not pay (as he claims was the case), then they would forfeit all of the company’s intellectual property to him. Wright secured default judgements against W&K on both claims.

The documents provided to the Kleimans by the ATO clearly concerned them. From the documents filed (see page 20 of this filed document) we can see Ira Kleiman contacting Wright on 22 April explaining:

“… since receiving the documents from the ATO and spending more time reviewing them, I feel like there are questionable discrepancies in the contracts between you and W&K such as Dave’s signatures, his resignation, transfer of all accountable value, Uyen’s role of Director, BAA projects, etc”

Then later (page 18 of the same document):

“Craig, The information I have to work with is what you have told me and the documents from the ATO office. From those documents it appears clear to see a systematic transfer of assets out of W&K back to you.”

“Ira, Dave died. I did the actions to make sure that the court signed off on what Dave and I planned.”

The claims that Wright made against W&K form a core part of the Kleimans’ case against him. For this reason it makes sense to look into some of the details of those claims and some of the (somewhat strange) surrounding circumstances.

In their complaint, the Kleiman legal team suggest that the claims were based on “demonstrably false factual allegations”. These included:

The last of these three points, together with some other details about W&K have caused further discussions which I detail further in the following section.

In their original claim, the Kleiman team laid out their case regarding W&K: that Wright had asserted it was used for the mining of bitcoin and that he took unlawful possession of the bitcoins mined and the relevant intellectual property.

Wright’s team then countered to have the complaint dismissed. One of the arguments was that Wright had no links to Florida or the W&K company.

Specifically, (in this declaration) Wright stated:

“I, Craig Wright, declare under penalty of perjury under the laws of the United States of America that the following is true and correct…

I have never shared in the profits, or had a duty to share in the losses, of W&K or any Florida business.

I have never been an agent of W&K or any Florida business.

I have never been a director, member, shareholder, officer, employee or representative of W&K or of any Florida business.

Subsequently, in their amended claim, the Kleiman team then refer to the claims made against W&K in Australia, in which they allege Wright submitted an affidavit to the Supreme Court of New South Wales, which confirmed that:

“The shareholding of ‘W&K Info Defense LLC’ was:

(See paragraph 163 of this filed document)

This would seem to contradict the information that Wright provided in his declaration.

The issue of the signature of J Wilson as a representative of W&K then arises. Kleiman’s team raise in their amended claim (see paragraph 164 of this document) that Wright further affirmed that he called a shareholders’ meeting on 16 August 2013 and that he and Jamie Wilson were the only people present. Craig then affirms that he was the sole vote that nominated Jamie Wilson as a director (thereby apparently allowing him to sign on behalf of W&K). Again, this would appear to be contrary to the declaration Wright gave to the court.

The Kleiman case contends that after Dave Kleiman’s death, Wright sought to take sole ownership of W&K’s intellectual property and all the bitcoin that had been mined and were held by the company. The Kleiman team suggest that this may be in order to “justify certain tax positions he claimed in Australia” (In Australia, there is a “Research and development tax incentive” whereby you can gain a tax offset – you can read more here).

The Kleiman complaint claims that Wright created and backdated (at least) three contracts:

The Kleiman case then provides their evidence for believing these documents are fraudulent, including:

The signatures in the documents are significantly different to Dave Kleiman’s known genuine signature, and bear a distinct resemblance to the “Otto” true type font (for example, available here https://www.fontmirror.com/otto).

Signatures from the contracts

Now compare the latter to the Otto font (created using the live test feature at https://www.fontmirror.com/otto).

“Craig Wright R&D” is the listed purchaser in the 2013 contract, further the contract includes the Australian Business Number (ABN) for the company, which is listed as 97 481 146 384. However, the records held for the company with this ABN (see company details here) suggest that the business name “Craig Wright R&D” was only in use from September 2014, after the death of Dave Kleiman and after the date that the contract was allegedly written and signed.

Two main focuses of the Kleiman claim are the alleged falsified contracts which transferred the intellectual property from Dave Kleiman to Craig Wright, and the Australian claims through which they claim Wright fraudulently received judgement against W&K.

They claim relief for Wright transferring the bitcoin and intellectual property to himself as well as unjust enrichment, misappropriation, theft of trade secrets, breach of fiduciary duty, breach of partnership duties of loyalty and care, fraud and civil theft.

As discussed at the start of this article, much of the information relied upon comes from Wright’s own documents, either provided by Wright to Ira Kleiman, used in the Australian Supreme Court claims or used in discussions with the Australian Taxation Office. This fact could be a problem for both sides.

If Wright is not Satoshi and does not control the bitcoins associated with the Satoshi pseudonym, he could not only be exposed for falsely claiming to be Satoshi, but more importantly (for some) could also be found guilty of perjury and submitting falsified documents to the court. Many in the cryptocurrency industry suspect this to be the case: that Wright has been caught in the lie that he is Satoshi, and is now not in a position to back down.

For the Kleiman estate, if Wright does not control the Satoshi funds, then this would potentially limit their claims against Wright. Much of the evidence relied upon by the Kleiman estate is based on information that was potentially constructed by Wright in perpetuation of his claim to be Satoshi, or for him to protect other interests – for example with the Australian Taxation Office.

This issue may be the basis for some of the Kleiman team’s motion in limine requests. The Kleiman estate have sought (amongst other points) to not allow Wright to contradict facts which he has already “judicially admitted to”, and also that Wright should not be allowed to now claim that his computers were hacked or that documents have been forged. This could be an attempt to stop Wright now going back on documents that he has previously relied upon, in this case or others.

On the basis of the above, for the purposes of the trial, both sides may have an interest in Wright “being” Satoshi, regardless of the truth of the matter. If so, the trial is more unlikely than it already was to answer the question “Who is Satoshi Nakamoto?”